Taishin Charity
Foundation was established in 2010

After observing the “Caring Taiwan campaign, which has run for many years, Taishin realized that effective social service and responsibility requires a long term commitment and outlook. Thus, Taishin Charity Foundation was established in 2010 with an aim of implementing charity program with long term visions and goals in cooperation with other agencies and foundations. With this foundation, Taishin can now better fulfill its commitments to social responsibility by providing economic autonomy to more communities and people who are disadvantaged. 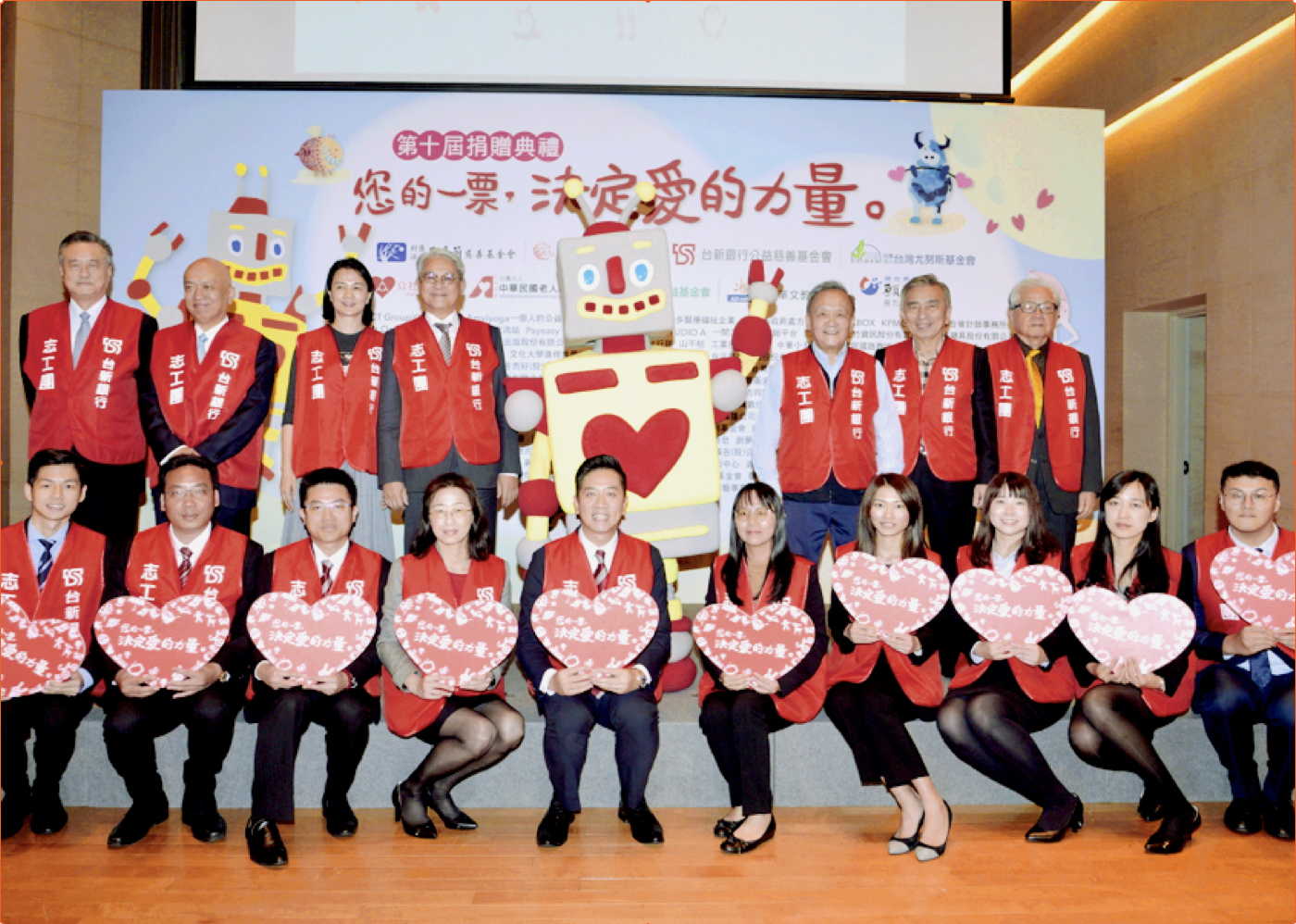 Your vote determines the power of love.

According to the Ministry of the Interior, there are more than 10,000 non-profit organizations in Taiwan, with more than NT$40 billion in love donations each year, but more than 80% are concentrated in the top public welfare Groups, resulting in many small and medium sized social welfare groups because they are not well-known or have limited marketing capabilities, so they cannot obtain loving resources.

After the first event was held, it recieved widespread feedback from various social corners. The participating social welfare organization also gave affairmation and feedback. One after another, charitable partners, directors and supervisors ofTaiwan New Zealand, and the public donated money to join. More groups benefit, helping more people in need.